<Back to News
100 Wins for Coach Thompson

Jesuit football went on the road in its season opener, traveling to highly regarded Wharton on Friday (Aug. 26) and earning a hard-fought 23-14 win.

It was a great victory to start the season, as well as a major milestone: head coach Matt Thompson's 100th win. 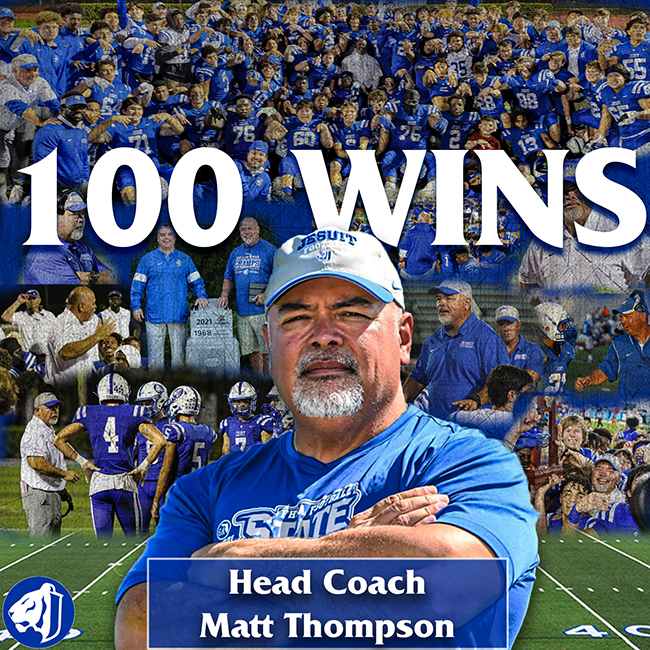