<Back to News
Superior Stage Performers

The Superior ratings all qualified for the March 14-17 Florida State Thespians Festival in Tampa. They are:

Grammig is the first Jesuit freshman to qualify for the State Festival in a solo event. Buchanan qualified last year as a freshman as part of an ensemble.

Two additional District entries in playwriting, by Gold and Matthews, will be judged in December.

The strong results demonstrate the continued growth and development of Jesuit's performing arts program. The school's longtime drama club, the Jesuit Masque, was bolstered in 2014 by Jesuit joining the International Thespian Society. Jesuit thespians compete in District and State competition as Troupe 8059.

In 2015, the school added a Theater Arts class taught by Miller, which is now in its third year. And in 2019, Jesuit will break ground on a state-of-the-art Fine and Performing Arts Center, which will include a beautiful new theater to provide improvements in space, lighting, and acoustics for Jesuit's stage performers.

Later this fall from Nov. 9-11, the Masque will perform FOOLS by Neil Simon, with four shows over the three days in the MPR. 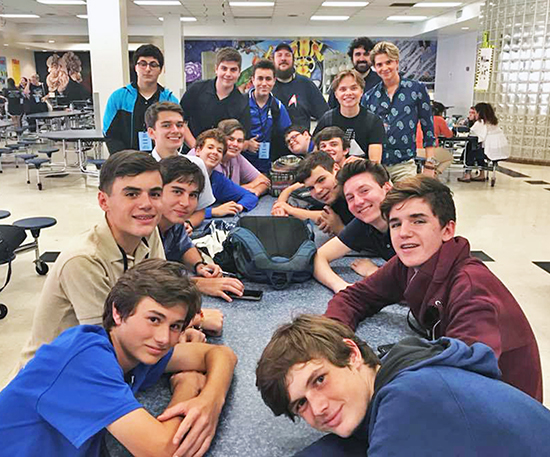 George '69 Honored by Univ. of Florida