The Chapel of the Holy Cross

In February 2016, Jesuit president Fr. Richard C. Hermes, S.J. announced that after an extensive study, it was determined that renovating the nearly 60-year-old St. Anthony's Chapel was not feasible, and that the school will build a new chapel, named the Chapel of the Holy Cross, to serve both spiritually and spatially as the heart of Jesuit’s campus. (View renderings of the Chapel of the Holy Cross below.)

Since the historic unveiling in September 2015 of ‘For Greater Glory,’ Jesuit's $35 million campaign that supports the campus master plan (later increased to $40 million), the school has been in preparations for Phase I of the plan, which will include the chapel and a new Administrative and Student Services building. Jesuit broke ground on Phase I on June 3, 2016. Click here for a video of the groundbreaking event.

Phase I is expected to take more than a year to complete, with the Administration building targeted for a Dec. 2017 opening, and the Chapel of the Holy Cross anticipating completion during the spring of 2018. Click here to view a video with details about the new chapel and new administration building plans.

The Chapel of the Holy Cross will be the fourth primary sacred space for Jesuit. It follows St. Louis Church and Sacred Heart Church downtown for nearly six decades after Jesuit’s founding in 1899, and then St. Anthony’s Chapel, which was completed a few years after the school moved to Himes Ave. in 1956. 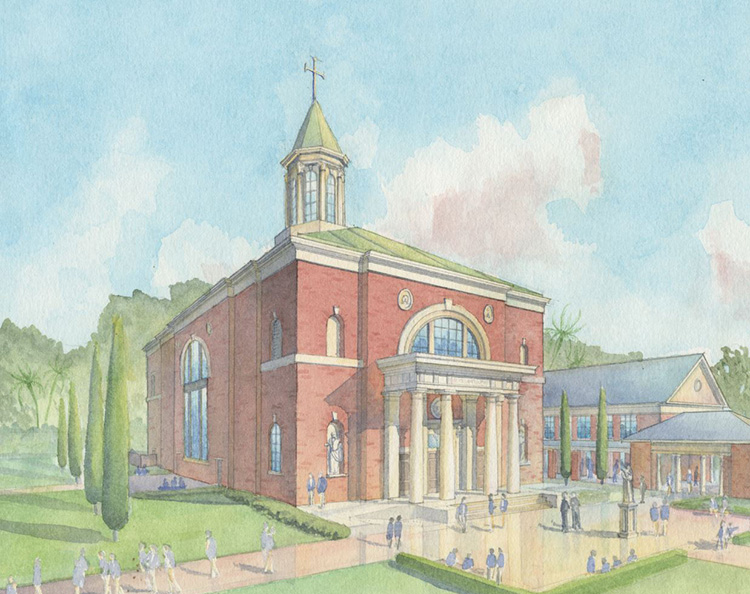 The Chapel of the Holy Cross exterior rendering

The new chapel will have many improvements and upgrades, and also allow for growth in enrollment. The school had reached capacity of about 750 in St. Anthony’s Chapel, where the entire Jesuit student body gathers each morning for Convocation, and where all-school Mass and other vital spiritual events are held.

The Chapel of the Holy Cross architect is Duncan G. Stroik, a liturgical specialist who teaches Sacred Architecture at the University of Notre Dame. The architect for the Administration and Student Services building, and rest of the campus master plan, is Cooper Johnson Smith. The construction manager is Batson-Cook. 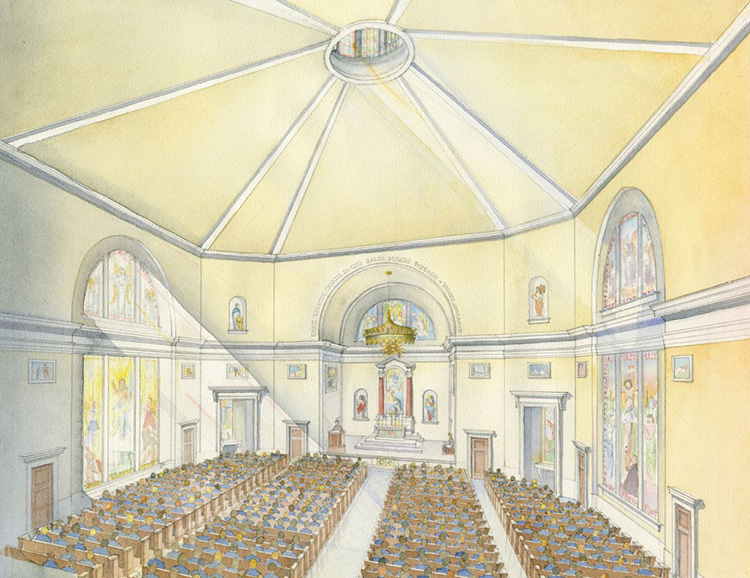 The Chapel of the Holy Cross interior rendering

The Chapel of the Holy Cross will continue hosting one of Jesuit's most enduring and formative traditions, daily Convocation, where all Jesuit students, with reverence and silence in that sacred space, enjoy a culture of brotherhood and faith. It also, of course, is where Jesuit gathers to celebrate Mass, and it hosts many other vital spiritual events. It will include seating for the entire student body, an expanded sacristy, more ample space in the sanctuary and for the choir, kneelers, and a central aisle. 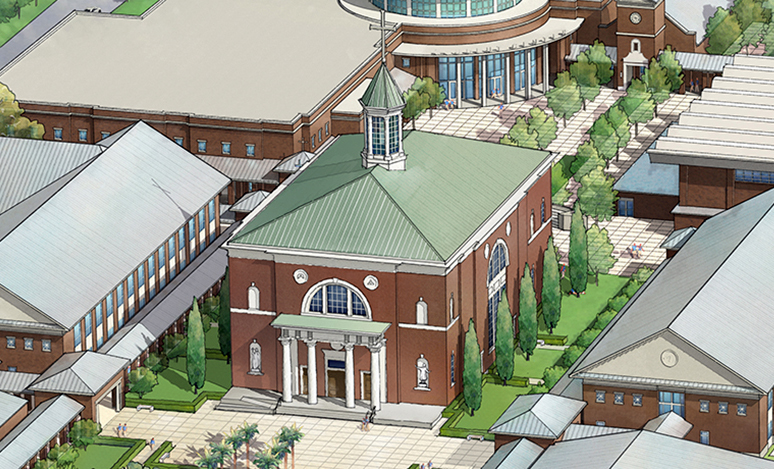