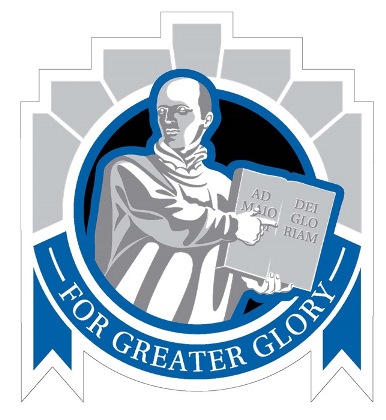 The Campaign for Jesuit

Three years later when the landmark campaign came to a close, it had vastly exceeded all expectations – and no longer was a $35 million campaign.

At the President's Circle Dinner at the start of the 2018-19 school year, Fr. Hermes announced the campaign had raised $50 million.

The $50 million “For Greater Glory” campaign ensures the school will continue forming young men in the Tampa Bay area in the 475-year tradition of Jesuit education – and will dramatically transform the campus.

“This campaign represents our tremendous commitment to Jesuit in Tampa, and is possible through the remarkable generosity of our alumni and parents,’’ Fr. Hermes said. “Now future generations of young men in Tampa can achieve their academic, personal, and spiritual development at Jesuit.”

Fr. Hermes made his initial presentation at the 2015 President's Circle Dinner gala, before more than 400 of the school’s top supporters at the Renaissance Hotel in Tampa. Nearly 60 years after moving from downtown, where the school was founded in 1899, to Himes Ave., the campaign was established to secure the legacy of Jesuit in Tampa for another 60 years and beyond.

In June 2016, Jesuit celebrated a groundbreaking ceremony for Phase I of the Campus Master Plan that is supported by the For Greater Glory campaign. Less than two years later, in the spring of 2018, the spectacular new 32,000-square foot Administration and Student Services Center, now known as Gonzmart Hall, was completed. The face of Jesuit on Himes Ave., it is named in honor of the leadership and generosity of Richard Gonzmart '71. The Blessing & Dedication ceremony for Gonzmart Hall took place March 2, 2018.

A few months later, in the summer of 2018, the Chapel of the Holy Cross - the heart of school at the center of campus - was completed. Holy Cross Chapel, which was designed by renowned sacred architect Duncan Stroik and features the internationally acclaimed artwork of Raul Berzosa and sculptures of Cody Swanson, celebrated its Rite of Dedication with Bishop Michael C. Barber, S.J. of Oakland, Calif. on Aug. 8, 2018.

Another campus centerpiece completed in 2018 was the stately Oliva Courtyard, named in honor of John Oliva '60. Oliva Courtyard beautifully connects Gonzmart Hall to Holy Cross Chapel on the Jesuit campus.

Also announced at the President's Dinner in 2015 was then-largest gift in the history of the school. Marty and Ted Couch ’54 made a momentous $2.5 million donation to Jesuit, the school’s first of more than $2 million. Later, the Couches demonstrated the magis – a Latin word meaning "more" or "better," and a key concept of Ignatian spirituality – and increased the gift amount to $3.15 million. (Likewise, Gonzmart, who had initiated the campaign's silent launch in 2014 with the first-ever alumni gift of $1 million, later increased his gift to $2.5 million.)

“Like so many others who have passed through the hallways of Jesuit High School, I feel a deep sense of gratitude,” said Couch, a longtime Jesuit benefactor and 2009 Alumnus of the Year, who graduated two years before the school relocated to Himes Ave in 1956. “Jesuit played a critical role in shaping the way I live. It is my desire to see that continue, and to grow and improve, for the betterment of our community, such that Jesuit can make that same positive imprint for generations to come.”

Other major campaign benefactors include the Capitano family – Joe Capitano Sr. '56, Joe Capitano Jr. '84, and Frank Capitano '87 – who donated $3 million, and Richard "Steve" Jenkins '75, who donated $2.5 million. The campaign supports the school’s Strategic Plan, which was developed in 2011. “For Greater Glory” represents a renewal of school life by investing fully in Jesuit’s people, programs, and facilities – starting with a robust, sustainable financial aid program.

“We have an historic commitment to provide a Jesuit education and formation to as many boys in the Tampa Bay area as possible, regardless of the financial means of their family,” Fr. Hermes said. “This requires, of course, a commitment to a financial aid program that is sustainable long-term. This campaign makes that possible.”

The campaign also focuses on school personnel, and on the expansion and development of student programs. Jesuit is committing the resources to attract, develop, and retain the finest faculty and staff, while also furthering the school’s mandate to provide programs and opportunities to assist students in their total formation – academically, in their life of faith, in the development of their gifts and talents, and in their growth as leaders, as “Men for Others” who make a difference in their communities, especially in their service of those who are most in need.

Finally, the campaign will transform the campus, as it supports Jesuit’s Campus Master Plan and major campus development over several years. Though significant work was done on a regular basis to upgrade campus facilities over the past half-century, in many regards Jesuit remained much the same in 2014 as it was originally built in the late 1950s and early 1960s.

The reshaping began in 2014 with the construction of the striking new campus perimeter, which provides a beautiful, collegiate presence along Himes Ave., and continued with Phase I beginning in 2016.

Phase I included a new chapel, the spectacular Chapel of the Holy Cross, at the heart of campus, where St. Anthony’s Chapel had been for nearly 60 years, and where the entire Jesuit student body gathers each morning for Convocation as well as all-school Mass and other vital spiritual events. The new Chapel has enhanced the school’s Catholic, Jesuit identity and allowed for growth in enrollment. At the start of the 2021-22 school year, Jesuit had a record enrollment of 850 students.

Also included in Phase I was majestic Gonzmart Hall, the home to numerous school departments, including counseling, college admissions, IT, foreign language, and digital communications, as well as school administrators. Numerous other campus enhancements occurred during Phase I such as bricked colonnades on several buildings, the beautiful Our Lady of Lourdes Grotto sacred space, and the complete refurbishment of the interior of Building 1 so that it aligns in style and design with Gonzmart Hall.

The architect for the campus master plan is Cooper Johnson Smith, and the construction managers for Phase I were  Batson-Cook.

Phase II will include several major projects to enhance student life, including a comprehensive new two-story, collegiate-style Student Activities Center, with an adjacent 500-seat Dining Hall among its many amenities; a spectacular new Fine and Performing Arts Center with a 450-seat theater/auditorium; and a new two-story, state-of-the-art Science and Math building, complete with independent labs equipped with the latest technology, to further Jesuit's academic excellence in the increasingly advanced STEM subjects. Additional Phase II projects include a renovated press box and entry to Corral Memorial Stadium,

In September 2021, Jesuit launched Phase II with the groundbreaking celebration for the Antinori Center for the Arts. A phenomenal 32,400-square foot facility for the school’s wonderful music, theatre, and fine arts programs, it will transform the arts at Jesuit, providing an elegant and worthy space for the abundance of talented and creative students and inspiring faculty – and position Jesuit as a leader in the arts the Tampa Bay area.

The Arts Center is named in honor of Susan and Ron Antinori ’60. In 2019, Jesuit announced a $2 million capital gift by the Antinoris toward Phase II of the master plan. Ron Antinori has a long history of giving to Jesuit. In 2016, a computer lab was named in memory of his parents, Paul and Rosa Antinori. Now, with this transformational $2 million gift, the centerpiece of Phase II will be named The Antinori Center for the Arts.

Rendering of Jesuit High School's Antinori Center for the Arts

The new Arts Center, which has been designed by Alfonso Architects, will be located on what is currently the senior parking lot and the adjacent space to the west. Construction is expected to be completed in early 2023. The Beck Group was selected to lead the construction effort.

Fr. Hermes also acknowledged at the 2015 President's Dinner announcement the many generous contributors who have helped the campaign come so far. In 2013, Gonzmart made the first $1 million donation to the school from an alumnus. Many other alumni and parents have since made gifts of such generosity, including Oliva, John Hamilton ’77, Ray Hyer, P ’01, Dan Doyle Jr. '89, Stacey and Ron Leal, P '09 and several anonymous donors. In 2016, The Capitano Family announced a transformative gift of $3 million toward the campaign.

“The generosity of our alumni and parents has been extraordinary,” Hermes said. “It serves as a testament to the confidence that our key stakeholders have in investing in the total development of our students at Jesuit.”

The President's Dinner was arranged by Jesuit's award-winning events coordinator Jane Younger and featured Jesuit students. The emcee was Ryan Cox '17, and student artists, musicians, and the award-winning competitive Robotics team all displayed their talents during the course of the evening.

Jesuit’s Director of Development, Nick Suszynski ’98, and Board Chairman Joe Caballero '86 also spoke at the event. It was four years ago that the Board approved Jesuit High School Strategic Plan, which outlined four key priorities for the school's advancement:

Fr. Hermes indicated the Strategic Plan has served as the blueprint for much growth in recent years, and that it set the foundation to establish the “For Greater Glory” campaign.