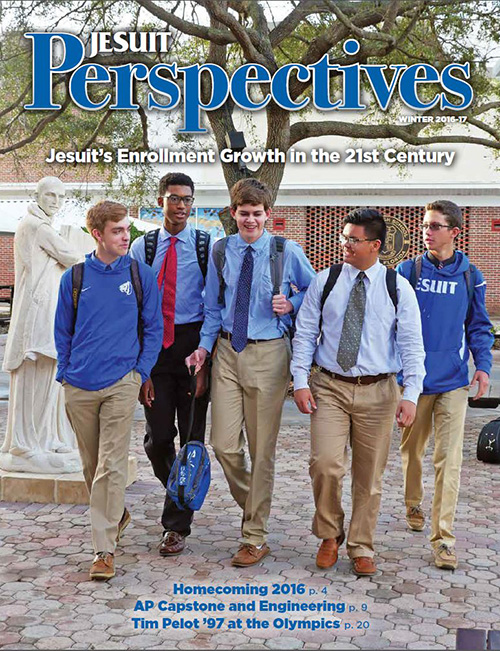 Three times a year, Jesuit High School publishes Perspectives, a magazine for the alumni, parents, students, and friends of Jesuit. The school also publishes a President's Annual Report each fall, and produces other publications periodically as needed.

Since the spring of 2013, Perspectives has been made available in an easy-to-read digital format. Click below to view each issue of Perspectives: