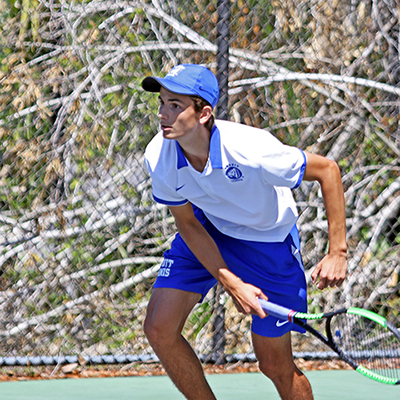 For decades, Jesuit tennis has had great success, and that continued in the 2022 season. The Tigers earned their 26th District Championship in 28 years under head coach Joe Curtis, and have won District every year but one since 1992 (not counting the 2020 COVID-19 year when there were no State playoffs). In 2022 Jesuit was led at No. 1 singles by Andre Botero '23, and the Tigers captured the Region title for the 11th straight time with wins over Clearwater (5-0) and Robinson (5-2). At State, Jesuit won its first match, defeating Citrus 5-0 in the State Quarterfinal before succumbing in a grueling State Semifinal to Satellite, 4-3.

In 2019, Jesuit captured the Region for the 9th straight season advanced all the way to the Class 2A State Championship match. The Tigers finished as State runner-up to Miami Gulliver Prep, equaling their best-ever result in the State Tournament. It was the sixth time Jesuit had finished second in the State, and first time since 2000. The Tigers defeated No. 1-seed Pensacola in a State Quarterfinal and No. 2 Jacksonville Bolles in a State Semifinal to advance to the Final. Sebastian Solano '20 (pictured) played three singles matches and three doubles matches in two days in the team competition while concurrently playing in the individual competition, where he finished as the 2A State runner-up.

With most of the team returning in 2020, the Tigers got off to a very strong start, going 8-0 against a rugged schedule, and were considered a State title contender. However, in mid-March the remainder of the season was cancelled due to the COVID-19 pandemic.

The top returnees for Jesuit in 2023 include Cam Bailey '23, Botero, Ethan Fisch '23, Sebastian Johnson '24, and Christian Solano '24. Among the notable alumni from Jesuit tennis is Ryler DeHeart '02, who advanced to the second round of the 2008 U.S. Open before succumbing to Rafael Nadal.