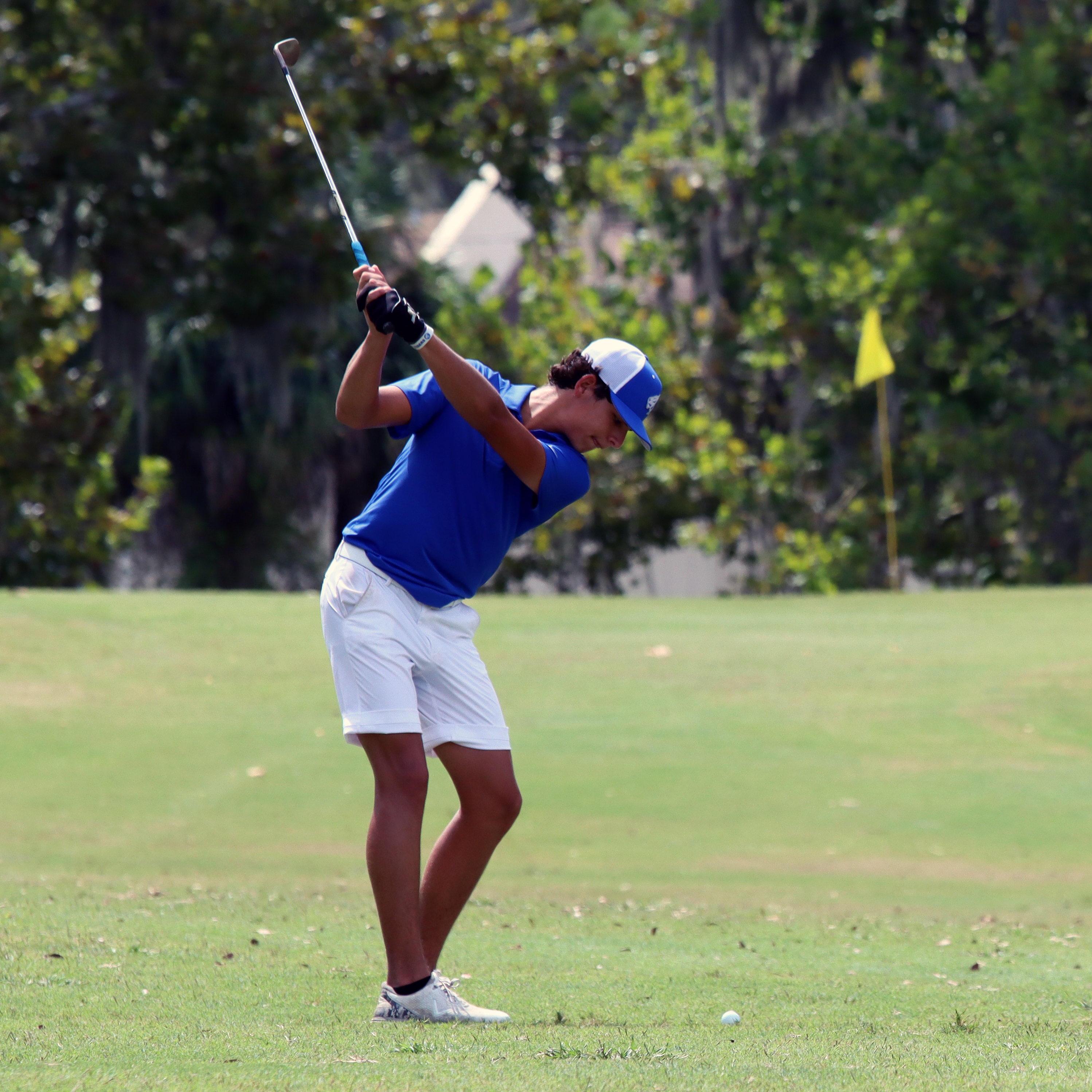 Jesuit golf has a distinguished legacy of achievement. In 2020, the Tigers captured their 15th straight District title and were crowned Region champions in the program's third year under head coach David Simmons. Andrew Siffert '23 (pictured) led the way at District with a 3-under 69, followed by strong performances from Carter Dill '22 (76) and Chase Johns '21 (76). Siffert came back at Port Charlotte Golf Club in the Region tournament to finish second and fired a team-low 72 as  every Tiger golfer placed in the top 25. Dill (73) placed fourth, and Jack Jacobsen '23 (78) clinched the team victory with a 10-foot putt on the 18th hole. Among many notable Jesuit golf alums is Anthony Maccaglia '11, who represented the United States in 2014 in England in the Palmer Cup, a major international collegiate competition modeled after the Ryder Cup; who won college golf's Jack Nicklaus Award in 2015; and who claimed his first professional title in 2016. Joseph Trim ’14 earned the Casey Most Valuable Golfer Award for the 2013-14 school year, the top honor for prep golfers in Hillsborough County, and played four years at Fordham. Matt Ruel '16 won three straight individual District titles as well as the 2015 Future Masters, one of the top junior amateur events in the United States, and now golfs at Gonzaga University. In the summer of 2021, Ruel qualified for the U.S. Amateur at Oakmont. Also, two-time individual District champion Jimmy Paradise '20 now golfs for the University of Connecticut.