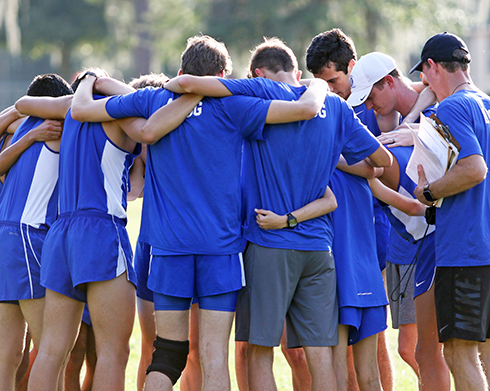 decades, capturing four State Championships - 1998, 2000, 2004, and 2005 (only soccer with seven titles and baseball with six have more State crowns among Jesuit athletic programs) - and a bevy of District and Region titles. The Tigers were led at the front of the pack in 2021 by Andrew Fredericks '23 and Columbia University signee Lawson McLeod '22, and the team earned consistently strong results throughout  season, including 1st place at the Hammock Invitational, 3rd at the Tampa Bay Private School Championships and 3rd at the 32-team Hoka FLRunners Invitational in Lakeland. Jesuit capped the 2021 campaign with a strong playoff run, placing 2nd at the District Meet and advancing through a tough Region to finish 11th at the Class 3A State Meet, led by McLeod (16:58), Fredericks (17:14), Cal Bonifant '23 (17:40), Isaac Addison '22 (17:41), and Evan Dewey '23 (17:44). New head coach Mike Phillips takes over in 2022, and the top returnees include Fredericks, Bonifant, Dewey, Chris Tan '23 and Javi Mendez '24.