<Back to News
12 National Merit Semifinalists

The prestigious National Merit Scholarship Program, which is in its 64th year, announced this week approximately 16,000 Semifinalists nationwide. Semifinalists are selected based on their scores on the PSAT, a standardized test administered their junior year. About 1.6 million nationwide took the PSAT last year, and less than 1% of all seniors are honored as Semifinalists.

After the Convocation ceremony Wednesday morning, the 12 semifinalists and their families attended a reception in their honor in Faber Hall. 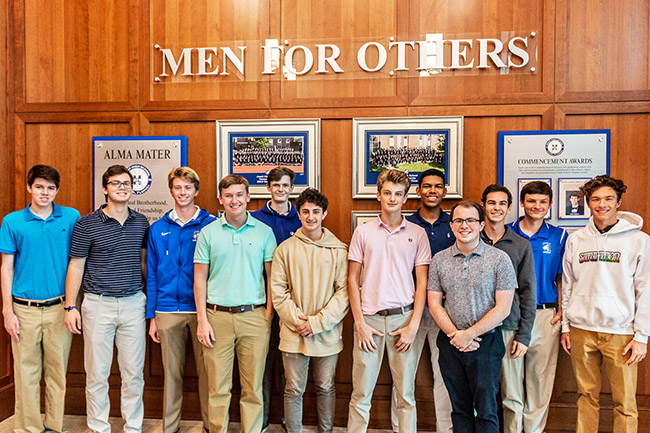 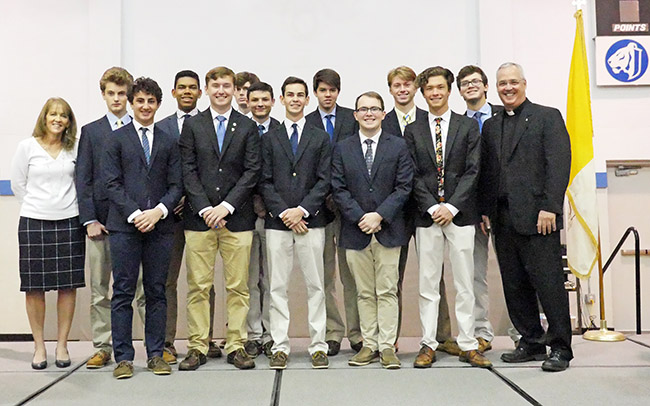