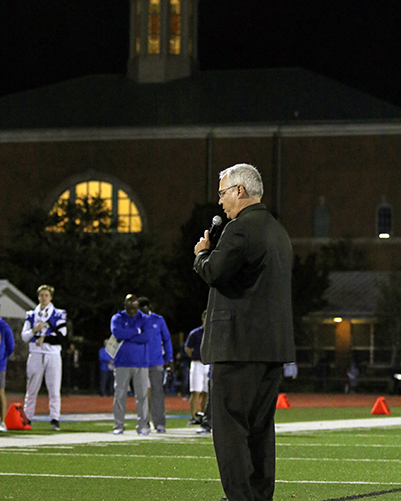 The first Jesuit school was established in Sicily in 1548, almost 470 years ago, just eight years after Pope Paul III confirmed the Society of Jesus as a religious order. The Jesuits were the first religious order in the Catholic Church to make formal education a central part of its ordinary work.

By the time of the American Revolution, more than 200 years later, the Jesuits ran about 800 schools around the world, most of them high schools. From the beginning, Jesuit schools were cultural forces, instilling in their students a love of learning and an intellectual confidence fostered by academic rigor and an engaged, personal style of instruction. Jesuit graduates through the ages have gone on to become important leaders in cities and societies around the world.

Today in the United States there are more than 50 Jesuit high schools continuing this great tradition, with all of the classic ingredients: outstanding academic preparation; community service, social engagement, and promotion of the common good; and the total development of the human qualities that form strong leaders, men of conscience, competence, and compassion. Jesuit High School of Tampa has fulfilled this same mission for the young men of the Tampa Bay area for more than 120 years.

Since 1899, Jesuit High School, initially called Sacred Heart College, has aimed to foster the development of our students to their full potential, to bring them closer to God, and to help them become leaders in the world they will inhabit as adults. In short, Jesuit offers a total formation of mind and heart. Our mission as a Catholic, Jesuit, college preparatory school is to labor to form men engaged in the world who are dedicated to serving God by being open to growth, intellectually competent, religious, loving, and just.

The current era of secondary education is an exciting one, with the constant infusion of new technology and the increasing emphasis on student engagement in the learning process. At Jesuit, we are responding in a dynamic way to the changing needs of education in the 21st century, while at the same time remaining true to our heritage of forming men of faith and "Men for Others."

Throughout our website, you will read about the programs, students, and staff who are part of the thriving and dynamic campus life of Jesuit High School. You will see plenty of evidence to show that the all-around excellence that Jesuit schools have embodied for centuries continues to be embraced in the 21st century on Himes Avenue – all for the greater glory of God!

Fr. Richard C. Hermes S.J. has been president of Jesuit High School since 2008.